No Result
View All Result
Home THE REAL GAME

by Futsovereign
in THE REAL GAME
Reading Time: 7min read
0

Here we will take a look at the upcoming fixtures in Matchweek 3 of the 2020/21 Premier League campaign; 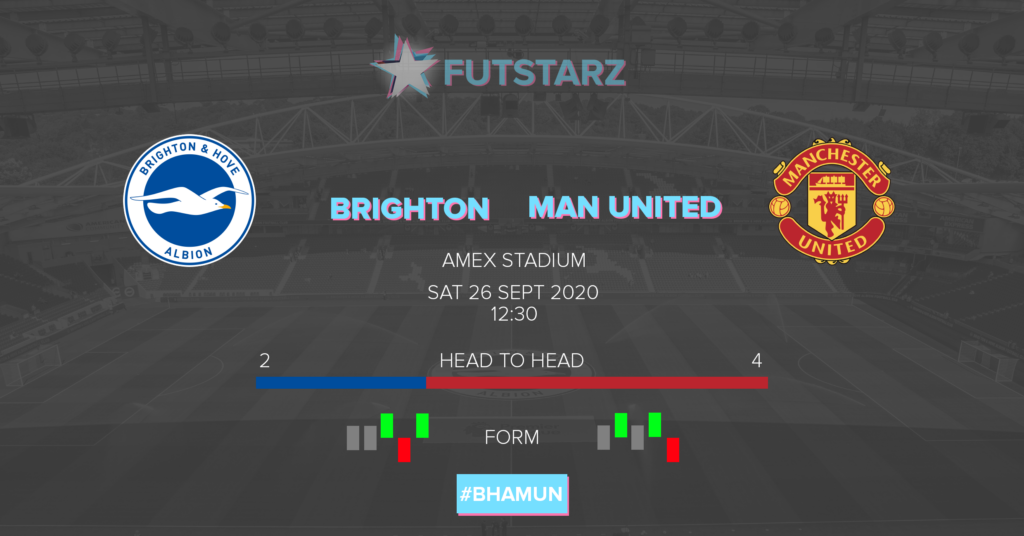 First, we will see Manchester United travel to Brighton in Saturday’s early game. Manchester United fell to an excellent looking Crystal Palace on Monday evening and could find themselves in a similar position this weekend, if Ole Gunnar Solskjaer doesn’t make significant changes to the squad he put out on Monday night, as Brighton have had a good start to the season. They proved to be tough opposition for Chelsea and fought hard in an excellent win over Newcastle United. I do, however, believe that Brighton will struggle to create as many chances, which they saw against Newcastle, as Lampety will have far less freedom against Wan-Bissaka. Manchester United will look to exploit the pace of the back 3 and inject their lethal front three, in behind. I expect Bruno Fernandes to operate at his very best sitting between the lines and seeing a lot of the ball with room to move into.

Man of the Match: Bruno Fernandes 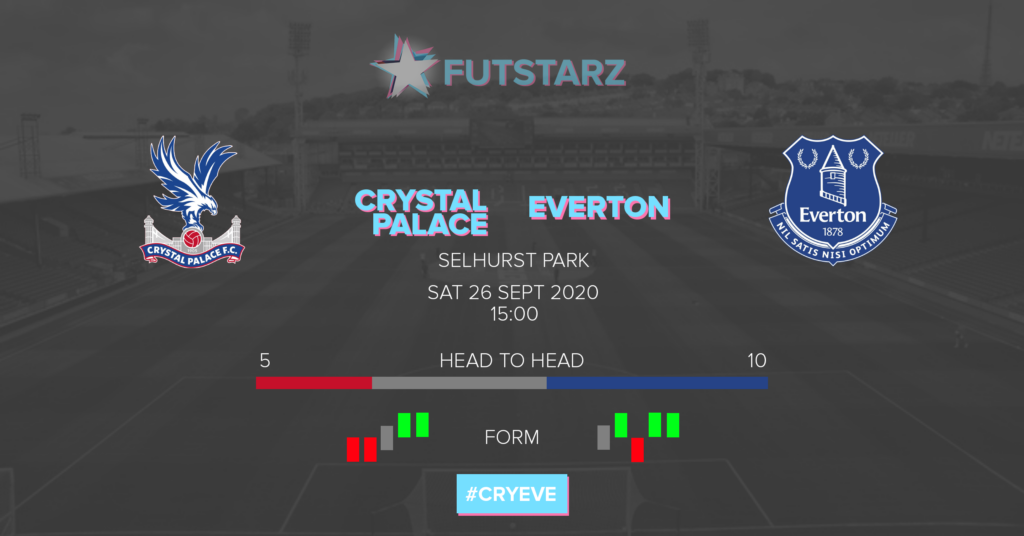 Up next on Saturday, we see a revitalised Everton Squad travel to London to face Crystal Palace. Everton has appeared special since the start of the season, with Colombian new boy James Rodriguez stealing the show in Everton’s 5-2 win over West Brom last week. He will once again play a pivotal part in this tie, playing provider for Everton’s quicker options upfront. The other additions of Allan and Doucoure to Everton’s midfield only look to be a formula for success for Ancelloti. Crystal Palace has also looked like a good side this season with the attacking additions of Eze, unused of yet, Mitchy Batshuayi and potential new signing Rhian Brewster. I can see this one being a tight game which will be won or lost on the breakaways. However, I do see Everton taking an early lead and coasting to another win this season.

Man of the Match: James Rodriguez 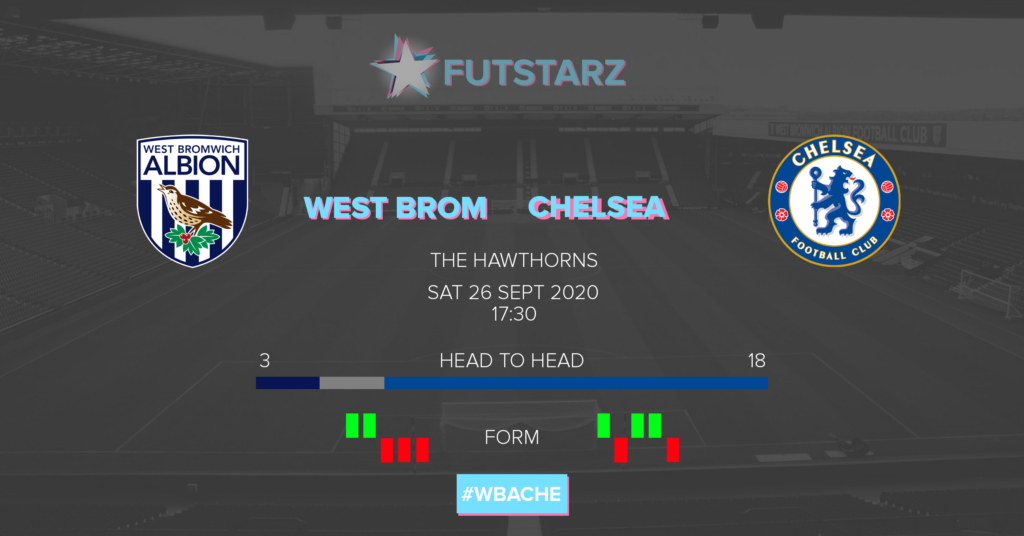 On Saturday afternoon West Brom will host Frank Lampard’s Chelsea in an exciting match for his new squad. After some large spendings in the summer from Chelsea, they have looked lacklustre in the opening 2 games. New signings Timo Werner and Kai Havertz have been quiet for their standards but I am sure it won’t be long before we see the german duo firing on all cylinders. Chelsea, however, is still waiting for debuts for Silva, Chilwell and Ziyech due to injuries and fitness. West Brom has struggled to get going in their return to the Premier League but after securing the services of youngster Grady Diangana they will attack well the few times they will have the ball this game. I think we will finally see Chelsea’s new boys land on their feet and see goals from both Werner and Havertz, as Chelsea bounce back from their defeat to current champions, Liverpool.

Man of the Match: Kai Havertz 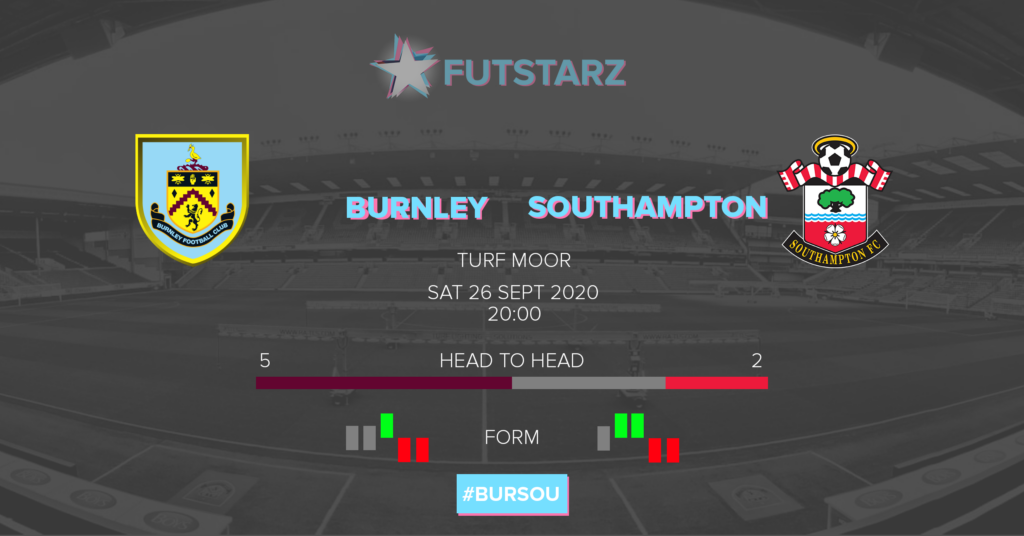 The last game on Saturday, Burnley and Southampton, will battle it out for their first win of the season. Abnormally for Burnley, they’ve started the season slow and struggled against Leicester in their opening game. Burnley have been very quiet in the transfer market and I am worried that if they don’t make improvements, the teams around them will overtake them quickly. Southampton, even though they fall under the same tree, has brought in new faces to improve. Salisu looks like he will have a fantastic career with the Saints and with the free-scoring Danny Ings up front, I think this week they will seal a narrow win and take their first 3 points. Burnley have always been strong defensively and I cannot see either team running away with this. It could be a set piece or penalty that breaks the deadlock but my guess is we won’t be seeing many goals in this one.

Man of the Match: Danny Ings 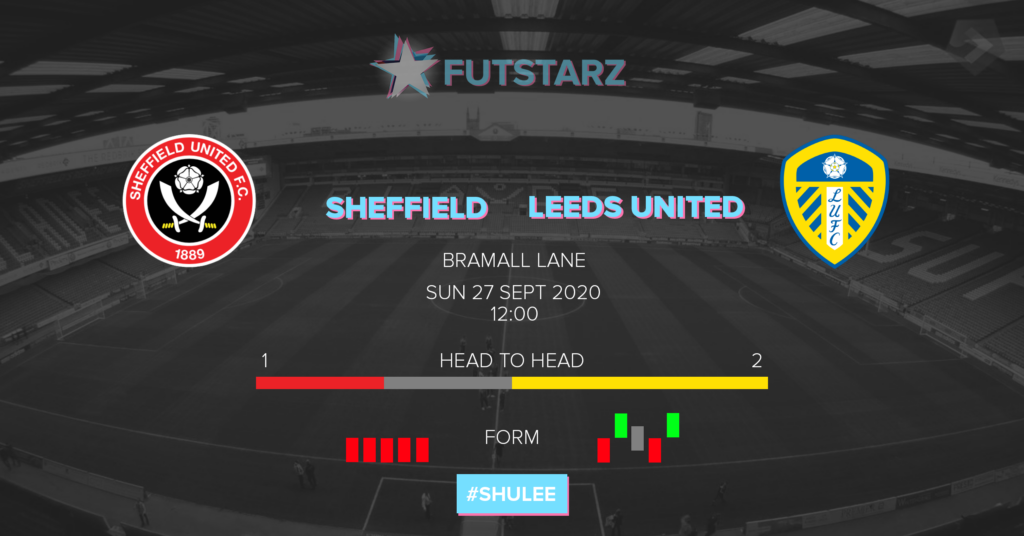 Sunday opens with Leeds United returning to Bramall Lane. Sheffield has lost their excellent defender, John Egan, to suspension last week, so we may see Chelsea boy Ampadu start for the Blades. Bielsa’s men have started the campaign magnificently after losing narrowly to Liverpool and beating Fulham scoring 7 goals in those 2 games, conceding 7 along the way. Bamford seems to have impressed through the criticism and if he is at his best, I could see Leeds coming away with a victory. Yet I do think both teams will not have many chances so they will need to be clinical to get something from this game. Defense is everything in this game and Kalvin Phillips’ ability to win the ball and travel forward with it, will see him look the brightest on the pitch.

Man of the Match: Kalvin Phillips 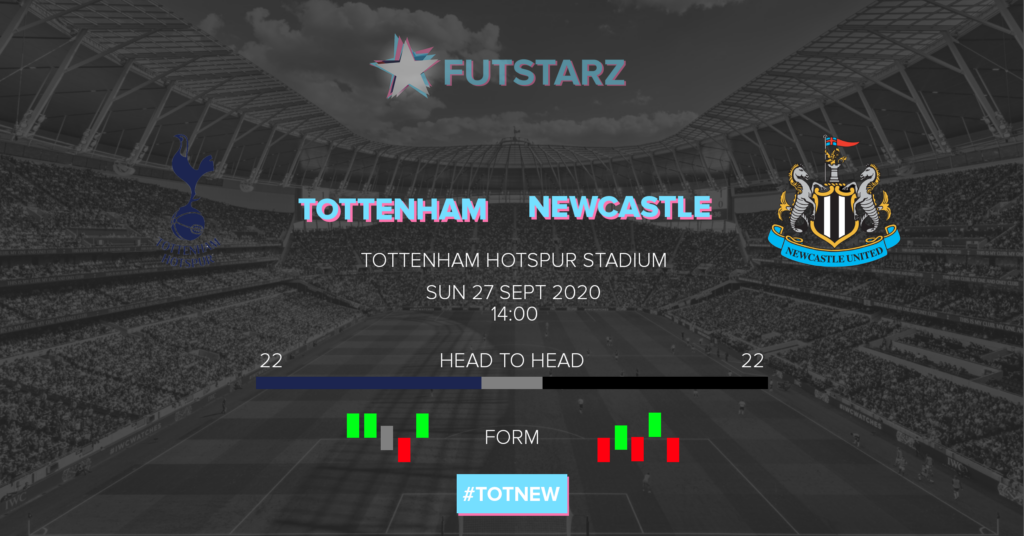 Spurs will be looking to replicate the success of last week as Newcastle travel south to face them. Son Heung-Min was on fire, putting 4 past Southampton, as Harry Kane turned provider and bagged Spurs’ 5th of the night. Newcastle has shown promise with improvements being made in attacking areas and I think they are a much stronger attacking threat than they have been in previous years. However, I don’t think we will be seeing Tottenham’s new signings, Bale and Reguilon, for another week as they only secured moves in the last few days. I don’t think Tottenham will have as much time on the ball like they did last week and Newcastle will battle them hard. Goals from any of Tottenham’s front men will secure Spurs’ first home win of the season.

Man of the Match: Harry Kane 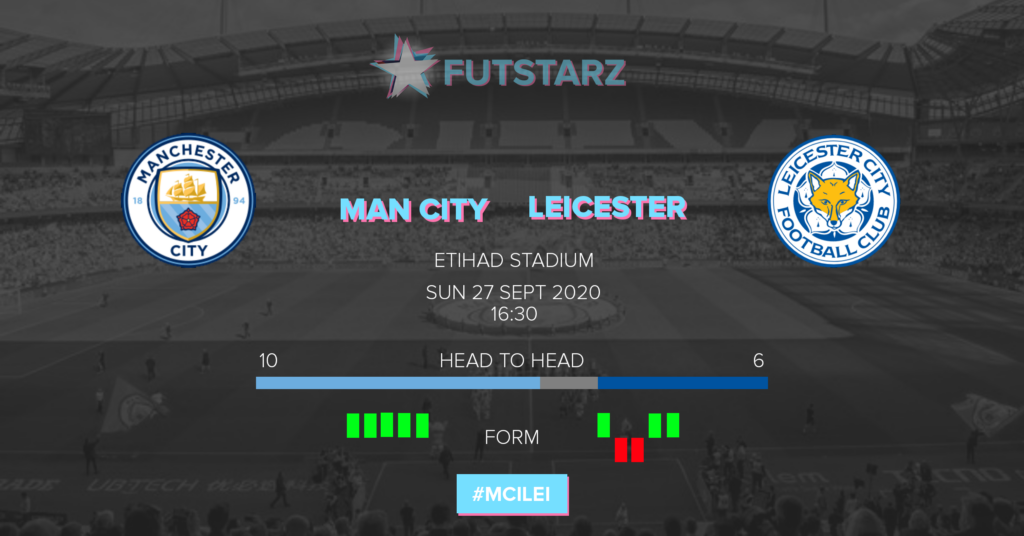 After a win in their opening game last week, Manchester City will open the Etihad to Leicester City in a tough affair. Leicester have seemed to regain their form before the restart after 2 impressive wins to open the season. Manchester City looks lethal as usual and will be looking to stop Leicester’s run and make it two wins from two as they try and take the crown back from Liverpool. Both sides have brought in some big names and I think they may play a part in this fixture. I think Manchester City’s quality will overpower Leicester and their wingers will exploit the wingbacks and create a lot of chances, one thing you don’t want to give City. Foden and de Bruyne will be very successful in the final third and I can see it being a heavy scoreline in favour of City.

Man of the Match: Raheem Sterling 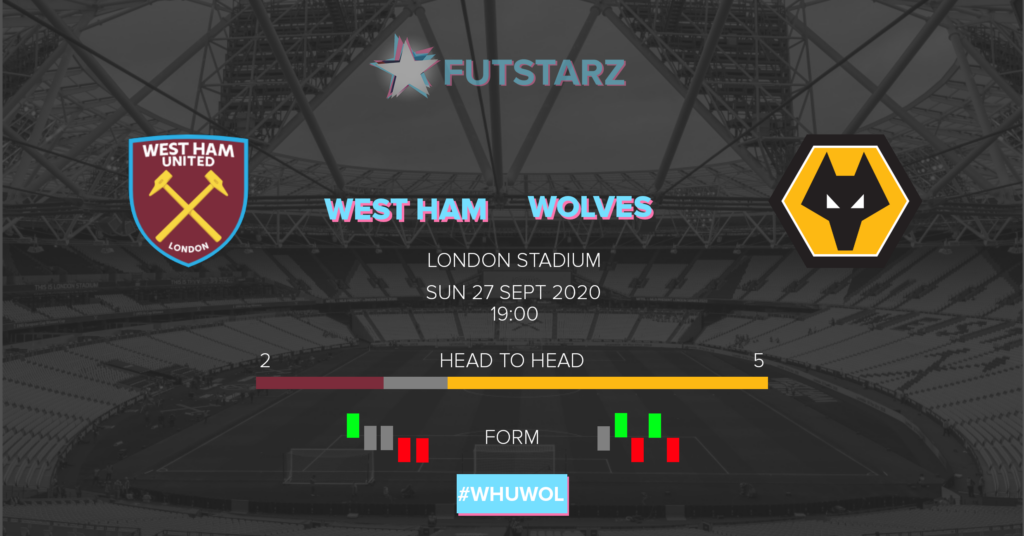 The Hammers have a lot to do to get back to the top and this test against Wolves could prove just that. Wolves have finalised the deal of Barcelona full-back Nelson Semedo, I am unsure if he will be included this week. He will be a welcome addition as Wolves look to push for European spots again. West Ham has looked poor for the last few months and needs some spark to get anywhere near the top half of the table, with 1 win in their last 5 games does not help that. West Ham will have a tough test ahead of them and Wolves will be preparing to exploit their lack of form. I think Jiminez will be smashing goals in left right and centre and West Ham will be one of those teams he will be hunting. This should be an easy trip to London for Wolves and I believe the scoreline will reflect that.

Man of the Match: Raul Jiminez 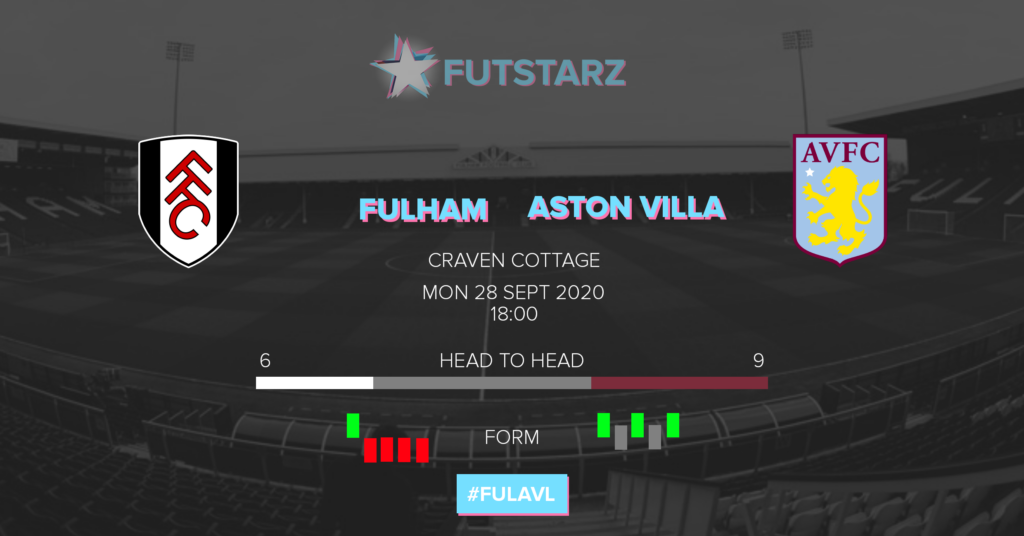 Newly promoted side, Fulham, play relegation survivors Aston Villa in the first Monday night game. Villa will be looking to make it 2 from 2 as they take on a below par looking Fulham who will be looking for their first points back in the Premier League. Aston Villa’s new striker Ollie Watkins will be looking to score his first league goal for Villa, however last year he didn’t score in any of the 3 games that he played against Fulham in the Championship. Fulham has made a few reinforcements this season but their main hope will lie on their prolific goalscorer, Aleksandar Mitrovic, shoulders. I think this will be an exciting end to end game but I think the quality of Villa players like Grealish and Watkins will push Villa to make it 2 from 2 for Dean Smith’s men.

Man of the Match: Ollie Watkins 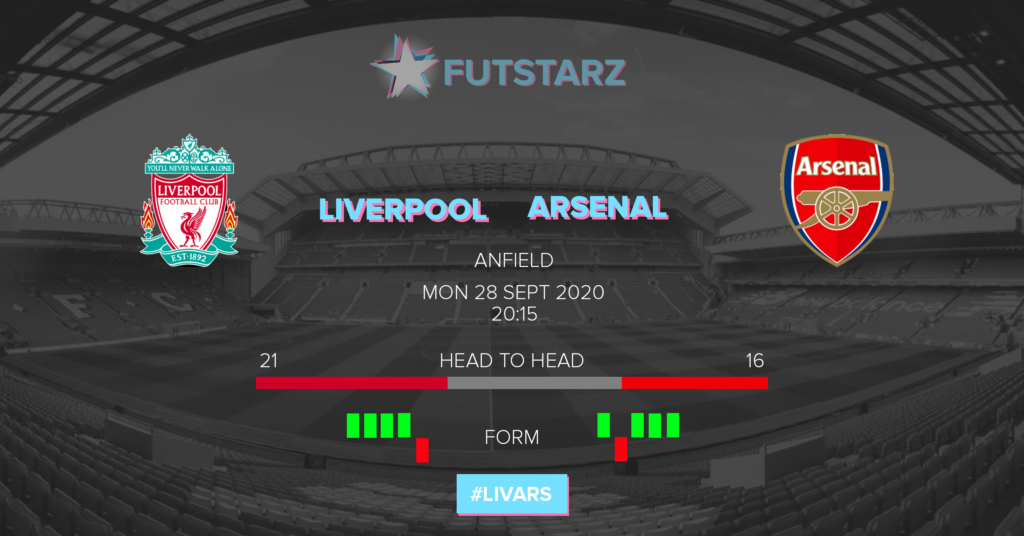 The game of the weekend will be played on Monday Night as titleholders Liverpool invite Arsenal to Merseyside as they battle it out for 3 points. Arsenal’s Aubameyang has once again looked excellent and will prove a tough test for Liverpool’s abnormally leaky looking defence. Liverpool secured the signing of Thiago last week and saw him impress in his first minutes against Chelsea. Liverpool will always be a fierce side with their incredible front three. Jurgen Klopp will have been watching Arsenal over the last few weeks and I am sure we will see them exploit the back three and attack with width and prowess. Unfortunately for Arsenal fans, I think this will be a pretty good showing from Liverpool and I can see Mane playing a key role in dismantling Arsenal.

Man of the Match: Sadio Mane

Could Gareth Bale be the missing piece for Mourinho and Spurs?

Chelsea for the title?

TEAM OF THE GROUP STAGE (TOTGS)

No Result
View All Result